Home — Blog — What Is: Packet Loss

What Is: Packet Loss 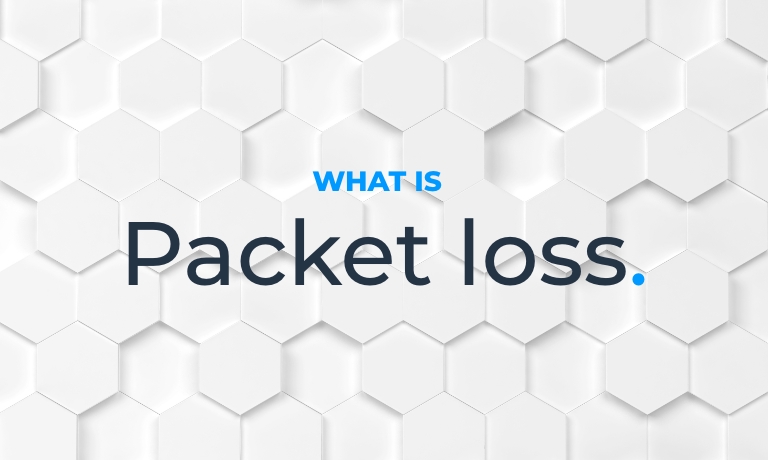 You’ve probably heard of latency, jitter and telephone echo, but have you ever experienced the problem of packet loss? In this article we explain what is packet loss, what causes packet loss and how to recognize when it occurs.

What is packet loss?

Packet loss is when “packets” or pieces of data traveling across a network do not reach their end destination. The end result of these packets failing to reach the opposite end of the network communication leads to missing data. In a VoIP call, it results in missing pieces of the conversation which isn’t ideal.

Packet loss causes multiple participants to leave a phone call, and either attempt to re-establish a connection or move to another form of communication. When problems occur we often tend to ‘drop the call’ and quickly try to reconnect straight away.

For VoIP calls, dropping one or two minor packets won’t cause too much of an issue. This is because if only one or two words are jumbled, we can generally understand the overall context of the message. However, if packet loss reaches a steady, significant level of 5% to 10% packet loss, individuals will notice entire sentences missing, and awkward pauses in the middle of a conversation. This is an infuriating experience, something you would wish your customers could avoid.

Because packet loss means the data was dropped somewhere in the network, it is generally caused by an issue within the network. Of course, the challenge is understanding and locating the exact weak point. Between both lost and discarded packets, there are a wide number of causes for packet loss.

Spearline allows organizations to provide uninterrupted services to customers around the world. The Spearline platform in particular, tests inbound telecommunications services, as well as dial-out.

If you would like to find out more, we would love to speak with you! Please send us a brief message, and we will be in contact with you shortly.

New from Spearline! Get real-time alerts straight to your Slack channel with added number history and redial functionality with Spearline’s new integration. In this blog, …

Spearline is delighted to announce that it has been shortlisted as a finalist in the Cork Chamber’s Company of the Year Awards 2023.