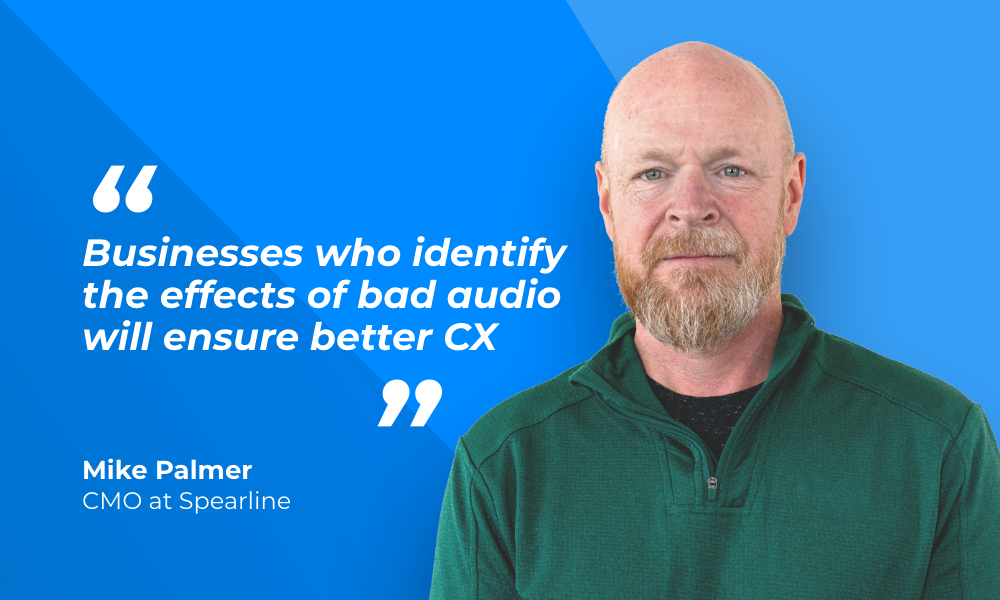 As Microsoft Teams grows past the 250 million monthly active users mark it would appear that the reliance on technology to communicate is not going anywhere.

But after a year and a half of working out who’s line is interrupting the call and telling people they are on mute, it is time to ensure a level of consistency to the collaboration experiences we all have to endure, reports Elliot Mulley-Goodbarne, journalist for UCToday.

Although initially annoying, the effects of poor audio and connectivity can have a lasting effect, with Spearline Chief Marketing Officer, Mike Palmer, saying that an inconsistent experience creates stress for the participants.

“At Spearline, we know that when employees experience things like jitter, choppiness in the audio signal, it makes them concentrate a little bit more, which causes strain if you’re in a long conversation,” said Palmer.

“That causes fatigue and if employees pack their diaries full of individual meetings of 30 minutes or one hour they could do six to 12 different meetings each day. At the end of that whole experience, because they have a headset on, they’re focused on the screen, and trying to move their eyes around multiple persons on the screen, there’s a real strain on the human psyche”

The Result of Stress

That fatigue can rear its head in different ways. A lot of businesses have become more aware of their employees’ mental health, especially during lockdowns.

Taking the contact center as a prime example, the stress of poor connectivity can dramatically impact the experience of both agent and customer.

“We work with the PESQ score that objectively measures the quality of the audio or voice experience on a phone call,” said Palmer. “That ranges from the very high level, where the high quality says there’s no noticeable stress or difficulty in engaging in a conversation, to the lower end where the user or the listener has to actually commit themselves to understand what is going on, they have to concentrate.

“When we push that level of concentration onto a customer that creates stress. If they’re ringing with a complaint or a challenging issue, to begin with, they’re already stressed, and then we’re putting them into that space, potentially where they’ve got to concentrate and now they’ve got physical stress on top of their emotional stress.

“That just puts the agent right in the crosshairs and sets them up for a terrible encounter with the customer. Businesses who recognize that potential problem, the psychological effects of bad audio experience and invest, will ensure a better customer experience.”

Palmer noted that modern businesses now see their lines of communications in the same way as they did the lobby in their office two years ago. Often the quality of the phone line a customer experiences when they initially call into a business can influence their first impression of the company as a whole, much in the same way a lobby would to any physical visitors.

He also added that businesses should commit to improving their connectivity infrastructure for the betterment of their employees. Having the ability to run diagnostics, finding the problem, and putting in measures to counter them ultimately gives everyone coming into contact with your business the best quality of service.

“When businesses complain they offer details about their experience so that a service provider can go and rectify that, but often that’s several hours after the fact,” said Palmer. “When I worked in the conferencing industry, somebody might phone in and say ‘I had a conference yesterday and it didn’t go according to plan. I planned a meeting at 1 pm which was critical to me. I was embarrassed when Dave rang in from Germany, his line was a major problem and he injected all kinds of noise.’

“That is getting reported, which is great, but it’s getting reported maybe 24 hours after the fact. We know Dave was in Germany but the user who’s reporting the issue does not necessarily know what number Dave was dialing from, and in telecommunications, you need to know the ‘A’ end and the ‘B’ end in order to track that call.

“At Spearline, we provide instantaneous failure identification. We’ve got the call detail down to the millisecond, we know the ‘A’ end and ‘B’ end we’ve got an mp3 recording of that event so that the switch engineers at the network side can actually listen and understand what may have gone wrong, as well as analyzing the log files that show the protocol exchange between devices across the network”

“We package that all up so our customers can take all the evidence associated with an event to the carrier, and the carrier is receiving that constructively. Then they can actually do something with the information, rather than hearing anecdotal stuff about Dave in Frankfort.”

Skibbereen, Co. Cork, 28 November 2022 Spearline today announced that it is among the top 50 fastest-growing technology companies in Ireland for the ninth consecutive …

Spearline are attending MWC Barcelona 2023 from February 27th– March 2nd, and we can’t wait to talk to you!

Is your call center equipped for Black Friday?

If you manage a contact center, follow these three steps to ensure your agents are proactively prepared for your customers.